A Comedienne, a Birdwatcher and a Lawyer Walk into a Bar…

Watching the new movie about Lucille Ball and Desi Arnaz, I couldn’t help but wonder who would star in a bio pic about Roger Tory Peterson – the father of the modern field guide and international ambassador for nature?

And what about Robert H. Jackson – a former Supreme Court Justice and Chief US Prosecutor of the International Military Tribunal in Nuremburg?

For those of you who might not know, Jamestown, New York is the birthplace of Lucy and Roger, and the adopted hometown of Robert. In a way, they couldn’t be more different from each other. A comedienne. An artist-naturalist. A judge. 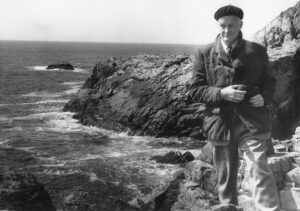 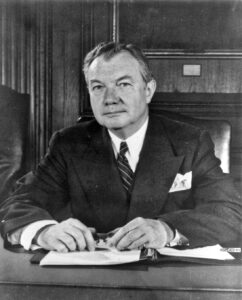 On the other hand, all three are geniuses in their respective fields. All three are famous nationally and all over the world.

Jamestown is justifiably proud of its trio of hometown heroes. Each of three major highway bridges leading into our small city along the southern shore of Lake Chautauqua are named – one for Lucy, one for Roger, one for Robert.

Every “Welcome to Jamestown” sign also lets folks know whose birthplace and hometown it was: Lucy, Roger and Robert.

Most important, Jamestown is home to three major cultural attractions. The National Comedy Center/Lucy-Desi Museum. The Roger Tory Peterson Institute. The Robert H. Jackson Center. Any one of these would be worth the visit. All three together – coupled with small town charm and surrounding natural area splendor – makes Jamestown one of the most treasured tourist destinations.

In fact, representatives from Museum Professionals International recently observed that Jamestown has more to offer visitors than anywhere else in New York outside of New York City.

Back to the movie. If you haven’t seen Being the Ricardos yet, watch it. Beyond the laughs, it’s a fascinating look behind the scenes. It reveals a lot about Lucy you probably never knew. For instance, how hard she had to work being a woman in a male-dominated industry and fighting prejudice against her own husband. How hard she worked at the craft of being funny.

Which reminds me how hard Roger Tory Peterson had to work to become a world-class artist and a world-renowned bird expert. How hard he worked to persuade people all over the world to protect the natural world his famous field guides helped us to see and love.

Which reminds me how hard Robert H Jackson had to work to become an attorney – without a college degree. How hard he worked to mine the legal traditions of four Allied nations to come up with a way to conduct the most important trial of the 20st century.

If you haven’t been to Jamestown, come visit. For the love of laughter, nature and a better world.

Subscribe to receive updates regarding exhibitions, programs, and special events.