January Hours: Thursday - Saturday open 10am to 4pm. To come on Mon., Tues, or Wed. call ahead to tell us when you want to come. Closed Sundays.

In-person at RTPI & on Zoom

Edward Sirianno, Executive Director of the Buffalo Audubon Society, will join us on Wednesday, August 25 to talk about the creation and success of Tern Island in the Niagara River. This island was specifically built to enhance the breeding opportunities for Common Terns. Mr. Sirianno will also be at the Art After Five event from 5-7pm.

For more than 110 years, The Buffalo Audubon Society has worked to take care of birds, wildlife, and the places they need. As part of the Atlantic flyway, the Buffalo-Niagara region hosts a breeding population of Common Tern (Sterna hirundo), a New York State-listed Threatened species. Common Tern is threatened partly due to a lack of nesting habitat, and this population is mainly dependent on intensely managed human-made sites in the Buffalo Harbor. However, these sites are not ideal, and in 2019, a powerful winter storm permanently destroyed a portion of the breakwater nesting area.

Fortunately, the Buffalo Audubon Society and New York’s Department of Environmental Conservation had already recognized the need for more nesting habitat. An effort to supplement the Buffalo-Niagara nesting sites was in progress. In partnership with BAS, engineers designed a tern nesting island (Tern Island) with ideal nesting habitat in the Niagara River. The design drew on an understanding of Common Tern biology and took into account the potential for more frequent and intense storms and fluctuating water levels. 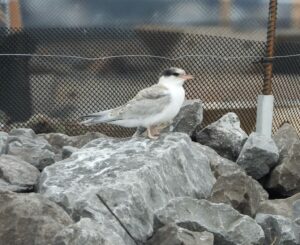 The island was completed in 2020, and the terns arrived this spring. With more than 300 nesting pairs accounted for to date, this island contributes to the resilience of the lower Great Lakes Common Tern population and the revival of the Niagara River ecosystem. 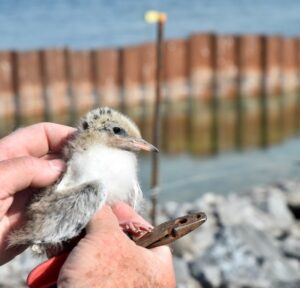 Edward Sirianno is Executive Director of the Buffalo Audubon Society. He is a native of Pt. Chautauqua, N.Y. and holds a BA. from St. Mary’s College of Maryland and an M.A. from St. Bonaventure University. Before his current role, Ed was CEO and President of Creative Communication Associates, a leading higher education marketing communications firm in Albany, NY.