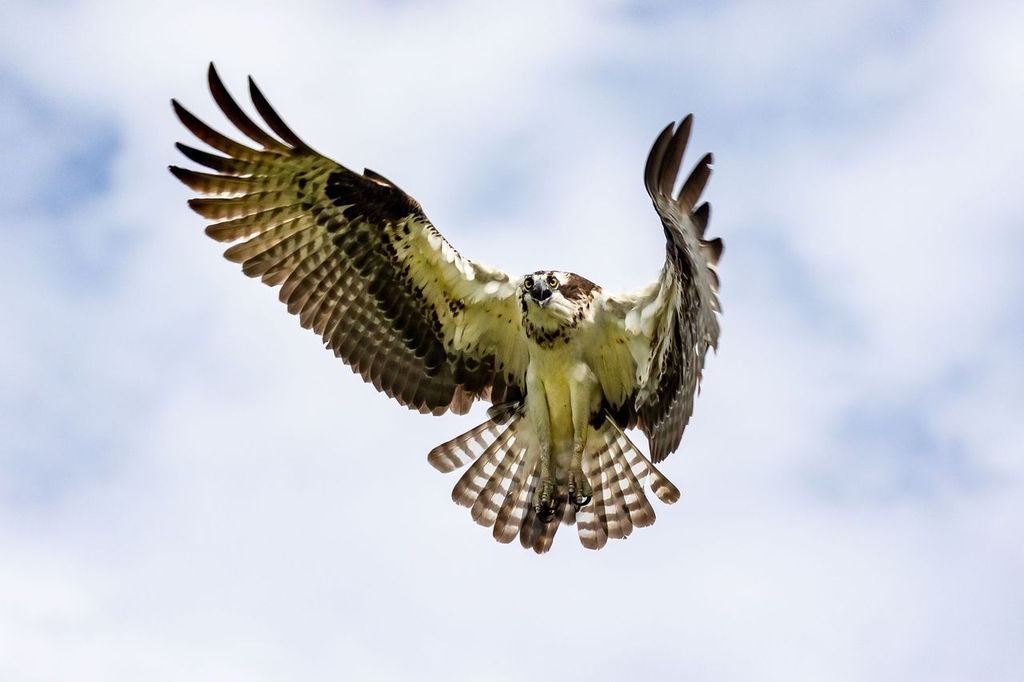 The Art of the Osprey

Roger Tory Peterson traveled the world in search of birds. He took up residence in Old Lyme, Connecticut because of the ospreys nesting on the property and a nearby natural area known as Great Island. Within a couple of years, however, Roger noticed something drastically wrong – osprey parents were failing to raise families. He was among the first to identify DDT as the culprit and call for its ban.

Jeanne Wiebenga has traveled the world in search of birds, too. Last summer she discovered a pair of ospreys right here in Chautauqua County – nesting for the first time on a man-made platform along State Route 394 in Ashville. She spent the season watching and photographing the parents raise and fledge a healthy chick.

The Art of the Osprey is what we mean when we say, Art that Matters to the Planet. Jeanne’s and Roger’s photos reveal the beauty of ospreys, with their striking facial markings and fierce golden eyes (or orange eyes, if you’re a young osprey.)

The photos remind us what we nearly lost when DDT threatened ospreys – along with bald eagles and a host of other birds – with extinction.

The photos remind us, too, that there is hope. Fifty years following the banning of DDT (in the United States, anyway), ospreys have made a steady recovery. They’re off the Endangered Species List thanks to bold action by Roger, Rachel Carson and many other individuals, organizations and government agencies. Ospreys are returning to Chautauqua County in encouraging numbers. But there remains more work to do in light of new and emerging threats. What will our generation do to help?