Seldom will you see bald eagles in our preserve, but they are plentiful throughout Western New York. This wasn’t always the case, however.

This bald eagle sculpture reminds us that Roger Tory Peterson was among the first to warn of the devastating effects of DDT on bald eagles, ospreys and many other bird species. DDT was a chemical widely used throughout the world to combat mosquitoes and other insects. Typically, DDT didn’t kill eagles and other large birds directly, but it worked its way up the food chain — through insects, small fish and big fish — and caused bird eggshells to be very thin and weak. Parent birds, sitting on their eggs to keep them warm, ended up crushing the eggs.

It took many people a lot of years to convince the government to take action, but DDT was finally banned in the United States in 1972. Since then, populations of many bird species have steadily recovered. In 1972, the bald eagle was removed from the Endangered Species List. Today, still increasing numbers of bald eagles and ospreys fill our skies and delight our eyes.

An easy way to identify bald eagles — even from a distance — is to look for their white or “bald” heads. 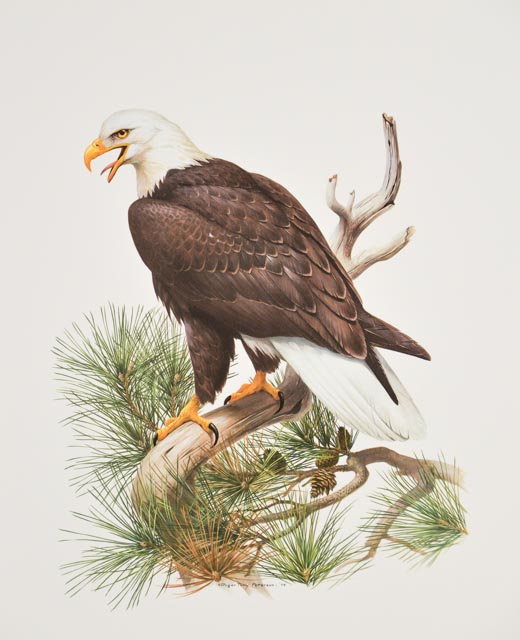 Did you know that Benjamin Franklin suggested a different bird to be the symbol of the United States? Here’s a hint which bird he preferred: 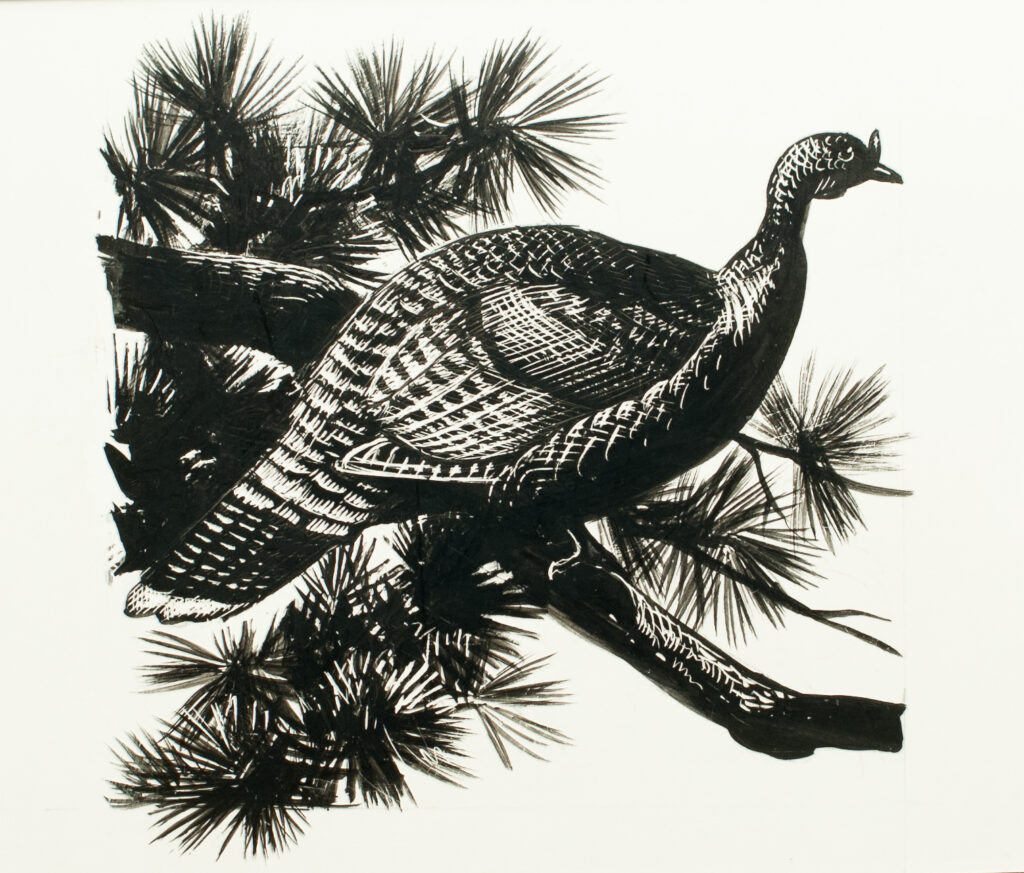 The bald eagle sculpture by Vince Liuzzo includes an eagle nest. Eagle nests are amazing works of engineering and art — an average nest can measure eight feet wide by 13 feet deep and weigh a ton. 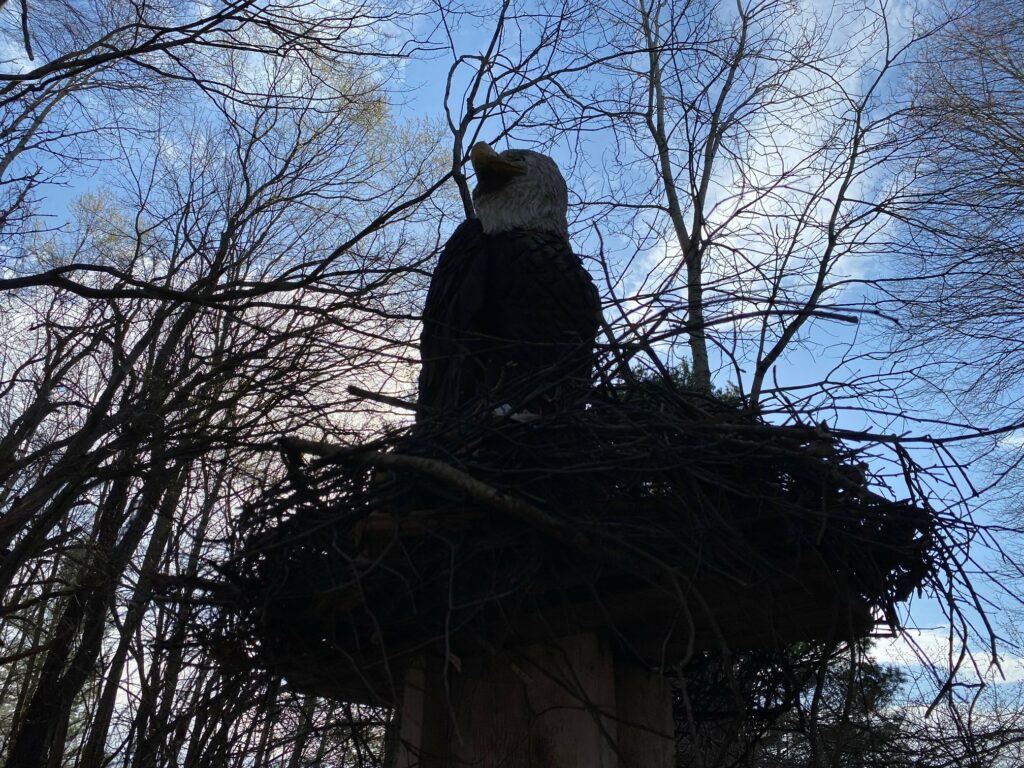